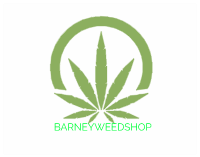 They have won numerous awards for their quality. Standard 510 thread.

The 710 KingPen is LoudPack Extracts personal marijuana / THC vaporizer, or “Vape Pen”. This device has gained popularity in recent years, as tobacco products take on a similar look-and-feel with their version of the vape pen called, E-Cigs, and the stigma associated with marijuana use, continues to go up in smoke.

When it comes to the world of vaping there is only one top dog.  The 710 KingPen was presented with the top award and honors, in the vape products category’s. The High Times Cannabis Cup, in both Los Angeles, California, and Denver, Colorado.

Gelato (also referred to as “Larry Bird”) is another tantalizing hybrid cannabis strain from Cookie Fam Genetics, following in the footsteps of its parents Sunset Sherbet and Thin Mint Girl Scout Cookies. This Bay Area, California native gets its name from the fruity, dessert-like aroma, a common genetic thread among the Cookie family. Her buds tend to bloom in dark purple hues illuminated by fiery orange hairs and a shining white coat of crystal resin. Novice consumers may want to approach this THC powerhouse with caution, but those armed with a high tolerance will delight in Gelato’s heavy-handed euphoria. Physical relaxation comes on strong, but many find themselves still mentally agile